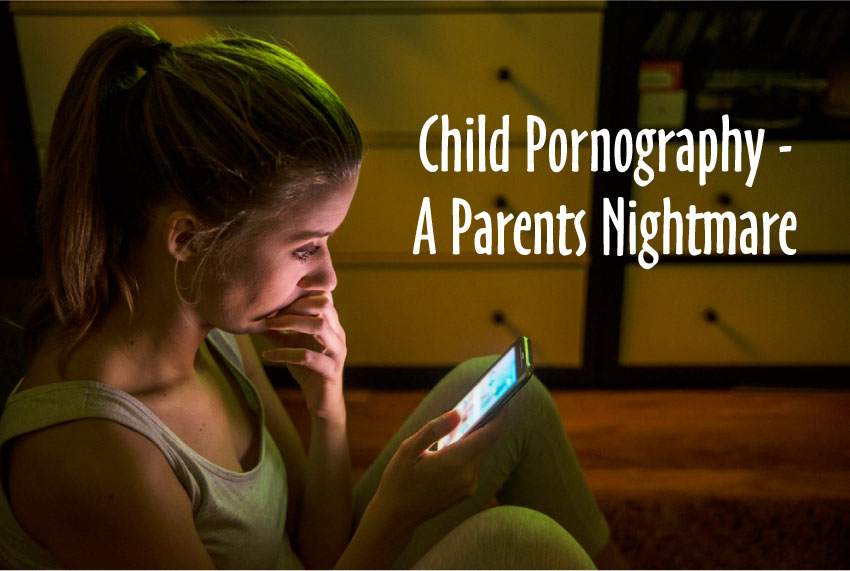 Children do foolish things, but few are as foolish as taking a compromising photo of themselves and transmitting it to someone else, usually a boyfriend or girlfriend. And while there is some debate over whether or not the mere taking of the photograph is illegal, if the picture includes images of private parts, the transmission of it, even to another minor, constitutes the crime of dissemination of child pornography, which is a felony. In fact, the person receiving the photo is, technically speaking, in possession of child pornography, which is a crime in and of itself. Further, anyone possessing that smartphone that took the photo is also guilty, assuming he or she knows that the picture is there. And if that person deletes the image, or instructs another to do so, he or she is now guilty of obstruction of justice and/or tampering with evidence.

If a parent becomes aware that an illegal image is contained on their child’s phone, what should they do? What if the phone is now in the adult’s possession?

Under no circumstances should an adult ever delete such an image. This is a crime, plain and simple. There is no way of knowing if the photo has already made its way into the cyber world. If the image ever becomes part of a criminal investigation, and law enforcement discovers that you have in effect destroyed evidence of a crime, you could find yourself facing criminal prosecution.

If you know that a device in your possession contains a child pornography image, you should never deliver that device to anyone, including the owner. By doing so, you become a distributor. Again, if the picture has been sent to another device and becomes the subject of a criminal investigation, your actions could very well result in charges being filed against you. Child pornography is always taken seriously, and the fallout of being accused of doing something illegal in this area is unimaginable. As parents, you need to contact your local law enforcement agency and follow their instructions. Doing anything else could find you on the wrong end of a criminal prosecution. 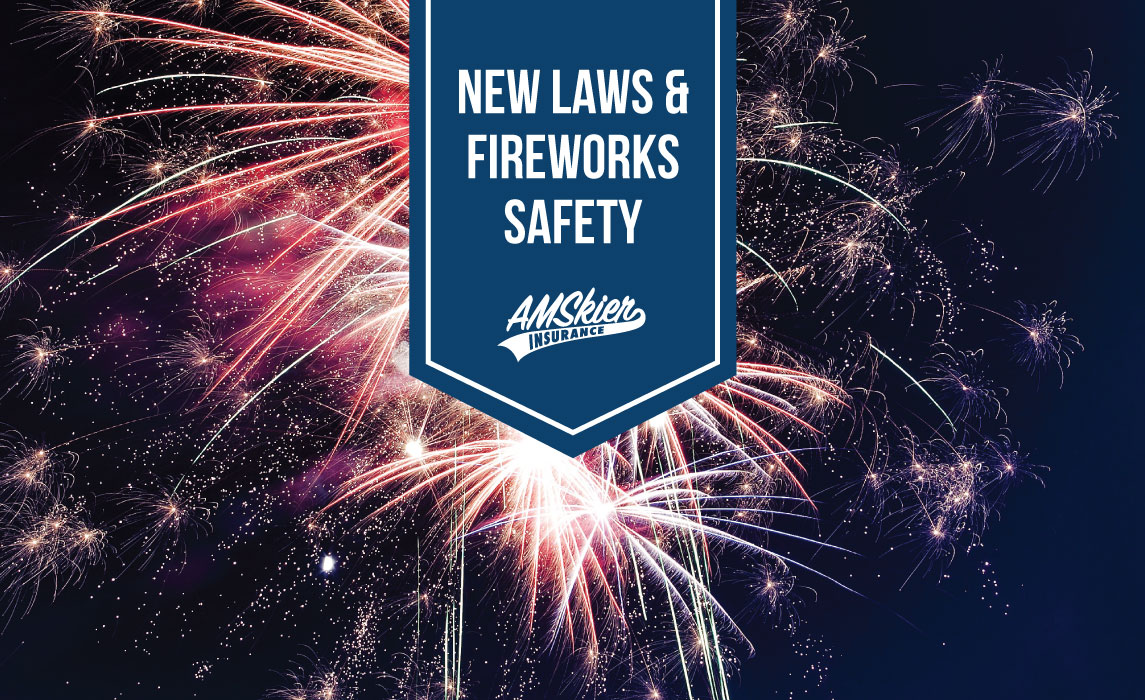 Each July 4th, thousands of people, most often children and teens, are injured while using consumer fireworks. Despite the dangers of fireworks, few people understand the associated risks – devastating burns, other injuries, fires, and even death. Recently, due to changes in state laws, consumers should be even more careful with fireworks and their usage this summer. 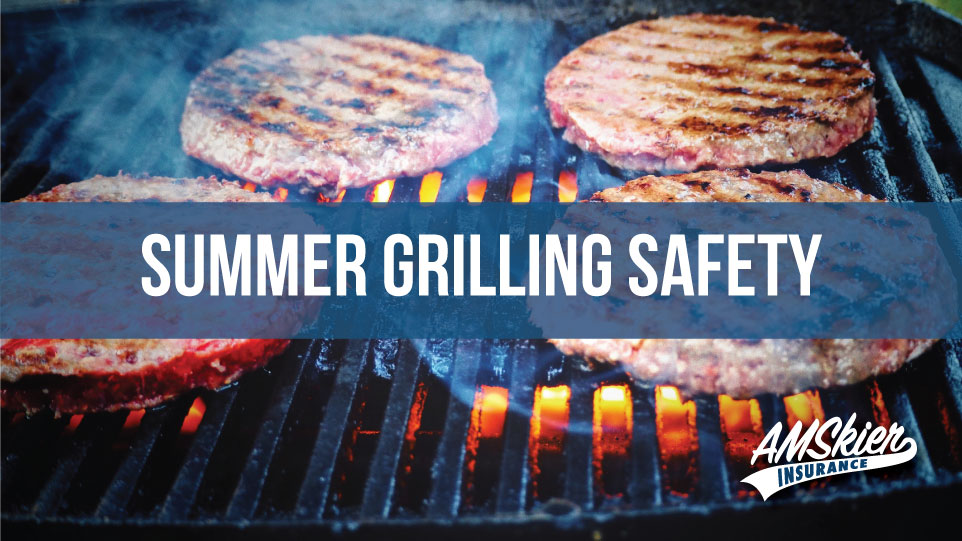 At AMSkier Insurance, we look forward to summer every year. We are also keenly aware of the hazards and risks that come along with our favorite season. An often overlooked summer hazard likely occurs in your backyard every week. Each year, thousands of Americans are injured while using backyard barbecue grills.

In order to stay safe during your summer barbeque parties, follow these ten tips:

Have questions or concerns about your home insurance? We would love to hear from you! Contact us today. 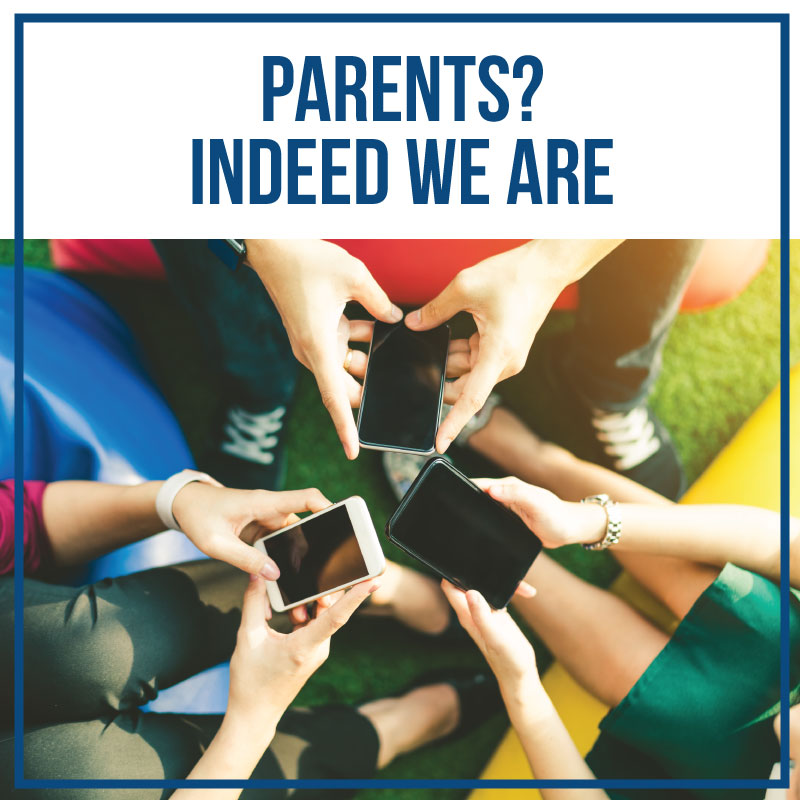 Parents? Indeed We Are

My last B&B SKI-Way blog on texting was in reaction to an AP article in a Pennsylvania newspaper. Those who responded were in agreement with our AMSkier Partner’s position that any and all electronics should be absent during the summer camp experience for other people’s children. Please note the article below which gives details of the problem. Those of us who have raised our children or are in the process of doing so, are parents, but NOT professional parents. However, camp directors and all who serve as caregivers at camp are in fact, PROFESSIONAL PARENTS. By definition, you are expected to care for campers at a higher level than your own youngsters. No room for errors. In addition, your INTENTIONAL COMMUNITY referenced by Bruce Lipton, Jeff Ackerman, and Jennifer Edwards describes the importance of the camp experience as it should really be. YOU MAKE THE RULES…not parents. Not unless they own 51% of your program. The 100th anniversary of camp in the 2nd decade of the 21st Century needs some re-mastering. Our AMSkier camp owner/directors are ahead of the curve. You lead the way.

Parents should set their cell phones to “alarm”: The news out of the latest Kaiser Family Foundation study on kids’ media use is one scary wake-up call. The folks at Kaiser added up all those minutes that 8- to 18-years-olds spend each day on iPods and cell phones, video games and computers and reached one eye-popping total. Kids are spending 7 1/2 hours a day — nearly every waking minute — wired to some device. And that’s not counting the 1 1/2 hours a day that they spend texting.

With all that media consumption, the question isn’t just what are they doing — social networking, listening to music, watching television shows on their cell phones, playing video games — the bigger question is what are they missing? Unwired life? Silence? Time for creativity or thought?

Here’s a tidbit from the study that comes as no surprise: Children whose parents set rules about media use consume nearly three hours less of electronic media a day. The trouble is, it’s the rare parent who has been setting rules: Fewer than half of all 8- to 18-year-olds say they have rules about what television shows they can watch, 46 percent; video games they can play, 30 percent; or music they’re allowed to listen to, 26 percent. Fifty-two percent say they have rules about what they can do on the computer.

Well, of course, parents aren’t setting rules: Kids aren’t the only ones distracted by the shiny, jingling, urgent electronic devices. Let’s all enter this note into our cell phone calendars: set rules tomorrow. 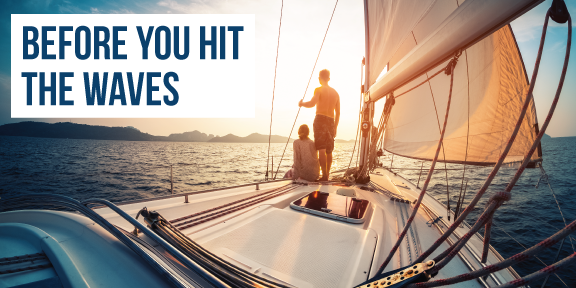 Before You Hit The Waves - Boat Insurance

Summer has begun! It's time to get your boat back on the water, but have you taken the time to check your existing insurance or considered the risks of going without insurance?

From a legal standpoint, you are not required to have liability insurance in order to purchase, register, or maintain ownership of your boat in most states. However, certain states will require you to have liability coverage on certain types of boats. Often marinas and community associations will require that you have insurance. Unless you plan to operate your boat and store it entirely on your own property, then boat insurance will be an essential requirement for you. Regardless, it’s best to do your research before hitting the water. While it may not be a legal requirement in most states, there are many reasons to have boat insurance to properly protect your investment.

Generally speaking, if your marina, bank, or state requires you to have boat insurance, then your homeowners' insurance policy won’t be sufficient to provide the required coverage. Boat insurance is its own entity and needs to be treated as such.

Boat insurance policies that include physical damage to the boat, generally speaking, are “all risk” policies, which cover a vast variety of risks. If you have any sort of claim on your boat, including vandalism, lightning, fire, theft, grounding, or sinking, then you are usually covered.  Additionally, the coverage is all based on what you select when looking for a policy for your boat insurance, and our insurance agents can help you with selecting the right coverage to suit your needs. The more your boat is worth, the more coverage you may want to consider so you don’t experience a huge financial loss. If you have an umbrella insurance policy, it will require certain liability limits on your boat insurance policy, in order to prevent a gap in coverage.

Want to enjoy worry-free, beautiful days on your boat? Contact us today.

We'd Love To Hear From You!